Message From the Rabbi 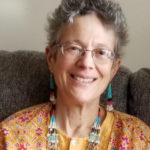 What Thanksgiving and Chanukah Have in Common With Sukkot

Sukkot is hands-down my favorite holiday.  I love assembling the sukkah each year, decorating it, inviting guests for meals and eating outdoors.  I love the smells and sounds of the lulav and etrog, the special holiday services and the dancing on Simchat Torah.  Most of all, I love Sukkot’s messages of gratitude, deep appreciation for the beauty of God’s natural world, and the awareness of life’s fragility.

While most Americans are familiar with the story of the first Thanksgiving, few are aware of its biblical origins.  When wanting to thank God for surviving their first winter and successfully harvesting their first crops in the New World, the Pilgrims looked to the Bible for inspiration.  There they found the Torah’s description of a feast of “the final ingathering of the yield of your crops,” described as a time of joy and thanksgiving to God.  While the pilgrims most likely recognized this holiday as “The Feast of Tabernacles,” they also understood that Thanks-giving was its primary purpose, and so they named the new holiday.  I have always felt that of all the American holidays, Thanksgiving is the most Jewish – in addition to its link to Sukkot, showing gratitude to God through prayer, ritual, shared meals and literally sharing one’s bounty with the poor, are deeply rooted Jewish values. One might even think of Sukkot as the biblical Thanksgiving.  But I prefer to think of Thanksgiving as the American Sukkot.

The basic outlines of the Chanukah story are well-known to American Jews.  In the 3rd century BCE, a band of Jewish rebels fought against the oppressive regime of the Hellenized Syrian ruler, Antiochus IV, to restore Jewish practice to the Temple and Jewish sovereignty to the whole land of Judea.  After re-conquering Jerusalem from enemy control and liberating the Temple, the Maccabees set about to restore, purify and rededicated the defiled Temple to the service of the one God.  As the fighting grew increasingly intense over the fall months and the Temple mount remained inaccessible to the rebels, it was impossible for them to celebrate the 8-day festival of Sukkot during its appointed season.  And so, as the Books of the Maccabees relate, they delayed the observance of Sukkot until the Temple was in their hands and restored. Hence the celebration of the re-dedication of the Temple, or Chanukah, lasted 8 days, included sacrifices, processions with palm fronds, and the singing of Psalms of Hallel, or praise to God, exactly as Sukkot did. In case you were wondering, the legend of the little cruse of sanctified oil that burned for 8 days was an invention of the Talmudic rabbis centuries later.

Sadly, while both the first Chanukah and the original Thanksgiving were motivated by the highest values and sincerest spiritual reflexes, both led to tragic and less than noble outcomes – the scion of the Maccabees, the Hasmonean family, formed a dynasty that quickly devolved into corruption, fratricide and eventual collusion with Rome, leading ultimately to the bloody conquest of Judah and the exile of its people.  The European settlement of the Americas, of which the pilgrims were a mere beachhead, brought disease, warfare and exile, from which the indigenous peoples never recovered.  That is why both stories – that of Chanukah and that of the first Thanksgiving – have become complicated and fraught.

But Sukkot has perennially remained a non-controversial, quintessential expression of the human capacity for gratitude, appreciation, wonder, joy and generosity.  It is especially in these dark times – when nonstop warfare, persecution, extreme weather and famine plague our world, and when growing numbers of our own citizens lack access to basic human necessities, when critics of the president are threatened with mail bombs and a lunatic anti-Semite slaughters Jews praying in a synagogue on Shabbat morning – that we need to infuse our celebrations of both Thanksgiving and Chanukah with the true spirit of Sukkot, and let us share that spirit with everyone in our lives.